Yesterday, Michael Sam, a college football player who intends to enter the NFL draft in May, told Sports Illustrated that he’s gay. It’s being described as “outing”, but Sam’s sexuality was no surprise to his college team, whom he informed in August, and apparently “only two or three [NFL teams] didn’t know” beforehand.

Now, the fact that this is news – that Sam would be the first out player in the history of the NFL – is obviously indicative of heterosexism. That all of the coaches, scouts, and such interviewed by Sports Illustrated confirmed that this would be a problem, that it would be a distraction to the team and hurt his own prospects is also unsurprising, and also an explicit admission of widespread homophobia. But these are not surprising findings in North American sports, even if they’re still upsetting.

As recently as a year ago, baseball’s Torii Hunter was saying that having a gay teammate would be “difficult and uncomfortable”, and the comment – while widely criticized by media-types – was basically a non-issue among people who are actively involved in the sport. Or in all of North America’s big four sports, for that matter. The NBA’s Jason Collins, a mediocre player nearing the end of his career, came out in spring 2013 and has been unable to find any more work. The NFL’s Chris Kluwe, considered more-or-less average among punters, became an outspoken advocate of gay marriage and critic of its enemies and he, too, has been unable to find a job.

That the NBA’s only out gay player and pro sports’ most vocal straight ally find themselves unemployed is not evidence of a conspiracy, but it’s reflective of this fact, at the very least – homophobia is deeply entrenched in the culture of sport. 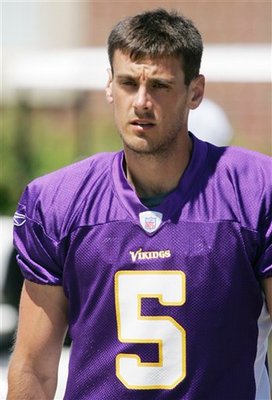 What makes things more interesting for Sam, though, is that he’s not on the verge of retirement, (like Collins) nor does he play a relatively marginal position that’s rather easy to replace (like Kluwe). Rather, Sam is the SEC Defensive Player of the Year – not just the best at his own position, but judged the very best among all players on defense among the 14 team, Division I Southeastern Conference.

So, if Sam is going to be punished for his admission, it might be useful to look at how former Defensive Players of the Year have been treated by the NFL draft:

Even with the inclusion of 2003’s outlier, that’s an average of 25th pick. And Sam? The various sources I’ve looked at were guessing, even before the public announcement, he could go anywhere from 3rd to 7th round – the vicinity of Lavalais, the outlier, rather than the norm. Following the announcement, the consensus seems to be that he’ll go even lower. That is, if he’s drafted at all.

Now, Sam is considered small for his position, (he’s 6’2″, while DEs tend to fall in the 6’3″-7″ range) which is a criticism that unavoidably, and reasonably, damages his draft value. Doug Flutie, notably, won the Heisman Trophy and was named the best player in college football, only to be drafted in the 11 round and 285th overall. So, these things matter, and it’s entirely possible that he’d fall outside the first round, controversy or no. But now we’re suggesting that he would likely be the lowest-drafted SEC Defensive Player of the Year, ever? That he could, conceivably, go undrafted unless a team with “a strong owner, savvy general manager and veteran coach” can “make [it] work”? (We could spend hours peeling back the layers of the language that executives have used to describe Sam. Likewise, in discussing how cowardly it is that they’ve all hidden behind anonymity.)

This makes it sound like we’re talking about someone who is intentionally divisive, who makes his sexuality central to his public persona. You’d think we were talking about someone who wears political messages on the field, who makes controversial remarks to media, who very openly and often talks about his sexuality, and whose media profile creates a conscious “distraction.” Someone like, say, Tim Tebow.

And for what it’s worth? Even with that baggage and similar concerns that his game wouldn’t translate to the NFL, Tebow was picked 25th.