Before You Break: Between Breaths by Christina Lee

A sexy, emotional New Adult romance about a bad boy on the edge and a good girl about to lose control…A college baseball star isn’t supposed to have skeletons in his closet. But Daniel Quinn is hiding a guilty past so dark he refuses to let anyone get close. Except there’s something about gorgeous, studious Ella Abrams that goes beyond the electric attraction between them—something that makes him want to open up.

Ella has suffered enough heartache and guilt to fill one of her psychology textbooks, but she keeps that part of herself hidden behind a bubbly exterior. Until she receives an anonymous call while working a suicide helpline and the voice on the other end touches something inside of her that she can’t ignore.

Soon Ella and Quinn’s physical connection heats up, even as their deep and revealing hotline talks intensify. But by the time Ella realizes that her seductive jock and her sensitive caller are the same guy, it might be too late to save him—or to stop herself from falling too far… 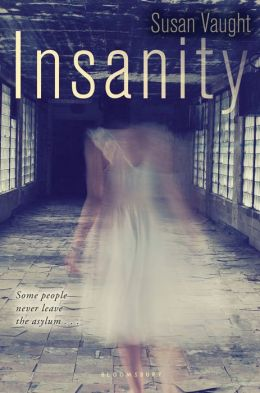 Never, Kentucky is not your average scenic small town. It is a crossways, a place where the dead and the living can find no peace. Not that Forest, an 18-year-old foster kid who works the graveyard shift at Lincoln Hospital, knew this when she applied for the job. Lincoln is a huge state mental institution, a good place for Forest to make some money to pay for college. But along with hundreds of very unstable patients, it also has underground tunnels, bell towers that ring unexpectedly, and a closet that holds more than just donated clothing….When the dead husband of one of Forest’s patients makes an appearance late one night, seemingly accompanied by an agent of the Devil, Forest loses all sense of reality and all sense of time. Terrified, she knows she has a part to play, and when she does so, she finds a heritage that she never expected.
With her deep knowledge of mental illness and mental institutions, Susan Vaught brings readers a fascinating and completely creepy new book intertwining the stories of three young people who find themselves haunted beyond imagining in the depths of Lincoln Hospital.

Maybe One Day by Melissa Kantor 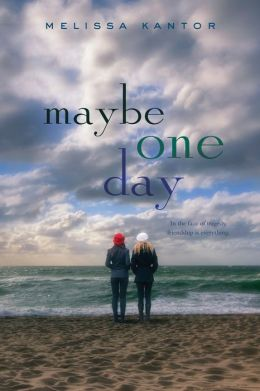 In the tradition of The Fault in Our Stars, critically acclaimed author Melissa Kantor masterfully captures the joy of friendship, the agony of loss, and the unique experience of being a teenager in this poignant new novel about a girl grappling with her best friend’s life-threatening illness.
A person’s whole life, she’s lucky to have one or two real friends. Friends who are like family . . . for Zoe that someone is Olivia. So when Olivia is diagnosed with leukemia Zoe is determined to put on a brave face and be positive for her best friend.
Even when she isn’t sure what to say.
Even when Olivia misses months of school.
Even when Zoe starts falling for Calvin, Olivia’s crush.
The one thing that keeps Zoe moving forward is knowing that Olivia will beat this, and everything will go back to the way it was before. It has to. Because the alternative is too terrifying for her to even imagine.

Me Since You by Laura Wiess 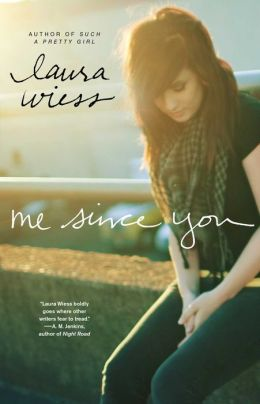 Oh c’mon, Dad, nothing’s going to happen.And for sixteen year-old Rowan Areno, shielded by her parents from the dark side of life, nothing bad usually does…until that last Friday in March when Rowan cuts school for a day of fun—and a random stranger’s shocking crime sets a traumatic series of events into motion that will change her life forever.

The crime video goes viral, the cruel, relentless aftermath threatening Rowan, her family, and Eli, a witness haunted by losses of his own. But when tragedy strikes, shattering Rowan’s world and destroying all she thought was true, not even Eli can protect her from the devastation.

Her life now divided into Before and After, Rowan struggles to survive, searching for answers, and desperate to make sense of what remains. She discovers that everyone grieves differently, though, and the path to love and forgiveness isn’t simple or straightforward. Will she carry these emotional wounds with her forever, or with Eli’s help, can she learn to trust, hope and believe in happiness again? 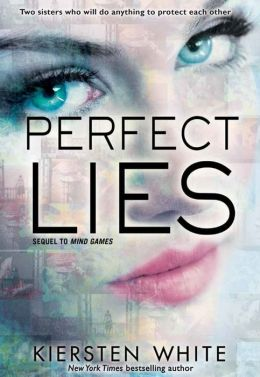 This explosive sequel to Mind Games, which New York Times bestselling author Holly Black called “a brutal, exciting gem of a book,” is perfect for fans of Sara Shepard’s The Lying Game series. Perfect Lies is a lightning-fast, wickedly smart tale of two sisters trapped in a web of deceit.
For years, Annie and Fia have been in an endless battle for survival against the Keane Foundation. Now the sisters have found allies who can help them escape. But Annie’s visions of the future and Fia’s flawless instincts can’t always tell them who to trust. The sisters can only rely on each other—and even their extraordinary gifts may not be enough to save them. 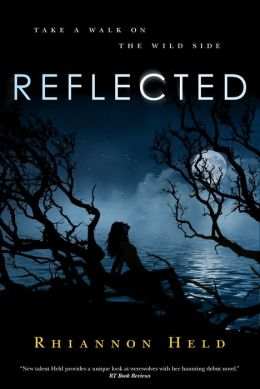 Rhiannon Held continues the secret lives of the werewolf packs that live and hunt alongside human society in Reflected, the third book of the series that began with her debut novel, Silver. Silver and her mate Andrew Dare are pack leaders of the entire North American werewolf population, and that makes the more traditional packs in Europe very nervous indeed. It’s getting hard to hide from human surveillance.

The Darkest Joy by Marata Eros 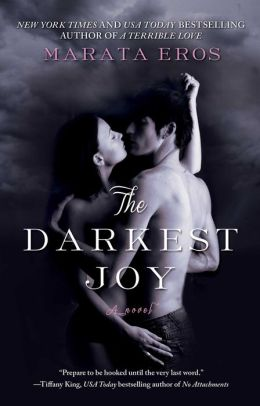 A sexy and poignant new adult novel in the vein of Jamie McGuire’s Beautiful Disaster from New York Times bestseller Marata Eros, about two lost souls who find each other in the wake of tragedy—only to learn that love may not be enough to heal the wounds of a dark and tortured past…

Twenty year-old Brooke Starr has escaped the aftermath of a brutal tragedy by abandoning her music studies and moving north to take a summer position as a part-time deck hand on a fishing boat. When her survivor’s guilt becomes unbearable, Brooke realizes there’s only one thing she can do to finally erase the pain.

Deep-sea fisherman, Chance Taylor, has just wrapped his guitar set at the local saloon when he sees the silhouette of a young woman, the full moon highlighting her shadow as she plummets from a pier too high for diving…into water too cold to survive. Without thinking, he plunges in after her, saving Brooke from drowning.

As Chance works to save her from her own emotional fragility, Brooke finally begins to learn how to save herself. But when their chemistry begins to consume them, Brooke withdraws. She’s determined to be the master of her own destiny…until the past catches up with her in a cataclysmic plan so dark, so final—it threatens their love—and their lives.

The Divergent Companion: The Unauthorized Guide to the Series by Lois H. Gresh 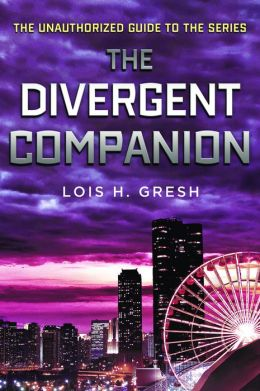 Written by the New York Times bestselling author of The Twilight Companion and The Hunger Games Companion, the book takes fans deeper into the post-apocalyptic world created by Veronica Roth—a dystopian Chicago in which humanity has organized itself into five factions, each with its own core value to uphold. At the age of sixteen, Beatrice Prior must choose to which one she will devote her life.

The Divergent Companion includes fascinating background facts about the action in all three books—the third book, Allegiant, publishes in October 2013—a revealing biography of the author, and amazing insights into the trilogy’s major themes and features. It’s everything fans have been hungering for since the very first book! This book is not authorized by Veronica Roth, Katherine Tegen Books, or anyone involved in the Divergent movie.

The Divergent Companion is a must-read and a terrific gift for the millions of fans both young and old—especially with the Summit Entertainment film version of Divergent, the first book in the trilogy, hitting theaters in March 2014.

Moth And Spark by Anne Leonard 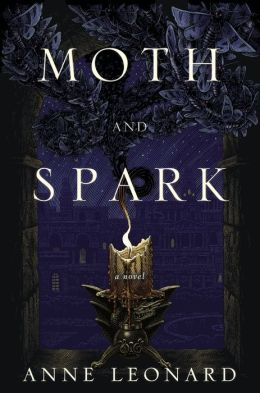 A prince with a quest. A commoner with mysterious powers. And dragons that demand to be freed—at any cost. Prince Corin has been chosen to free the dragons from their bondage to the Empire, but dragons aren’t big on directions. They have given him some of their power, but none of their knowledge. No one, not the dragons nor their riders, is even sure what keeps the dragons in the Empire’s control. Tam, sensible daughter of a well-respected doctor, had no idea before she arrived in the capital that she is a Seer, gifted with visions. When the two run into each other (quite literally) in the library, sparks fly and Corin impulsively asks Tam to dinner. But it’s not all happily ever after. Never mind that the prince isn’t allowed to marry a commoner: war is coming to Caithen. Torn between Corin’s quest to free the dragons and his duty to his country, the lovers must both figure out how to master their powers in order to save Caithen. With a little help from a village of secret wizards and a rogue dragonrider, they just might pull it off. 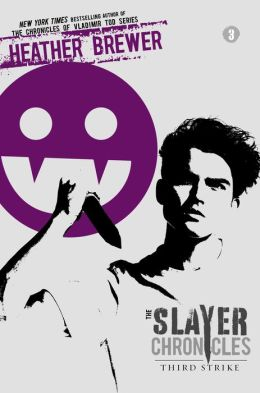 Heather Brewer, the New York Times bestselling author of THE CHRONICLES OF VLADIMIR TOD, brings this spin-off series to a thrilling conclusion.

All secrets will be revealed as Slayer Joss McMillan tracks a murderous vampire terrorizing his hometown of Santa Clara. During his investigation, Joss comes head to head with old enemies seeking revenge and faces the truth about his sister Cecile’s murder. Joss must use all of his skill to protect his loved ones, even if it means paying the ultimate price.

I don’t know what it is about this week, but for some reason, I’m not super excited about any of the releases.  I think if I have to pick one, I’d choose Insanity as the one I’d want to read the most.  So what, if any, are you anticipating the release of this week? I’d love to hear your throughts 🙂

Hope everyone had a great Valentine’s Day and has a great week!  Happy Reading!!

If I missed any books coming out this week that you think should be added to the list, just email me or leave a comment and I’ll get it taken care of