Hey Everyone!!  Here are the releases for this week.  If you find anymore of the YA releases and you want them added, be sure to email me and let me know.  I also wanted to point out that clicking the title of the book takes you strait to Amazon for the hardcover/paperback edition but if it is available in Kindle edition, I add that link below.  Now that we have that cleared up, lets proceed:) 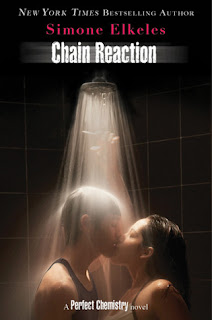 Luis Fuentes has always been sheltered from the gang violence that nearly destroyed his brothers’ lives. But that didn’t stop him from taking risks—whether he’s scaling a mountain in the Rockies or dreaming of a future as an astronaut, Luis can’t stop looking for the next thrill.
Nikki Cruz lives her life by three rules—boys lie to get their way, don’t trust a boy who says “I love you,” and never date a boy from the south side of Fairfield. Her parents may be from Mexico, but as a doctor’s daughter, she has more in common with her north-side neighbors than the Latino Blood at her school. Then she meets Luis at Alex’s wedding, and suddenly, she’s tempted to break all her rules.

Getting Nikki to take a chance on a southsider is Luis’s biggest challenge, until he finds himself targeted by Chuy Soto, the new head of the Latino Blood. When Chuy reveals a disturbing secret about Luis’s family, the youngest Fuentes finds himself questioning everything he’s ever believed to be true. Will his feelings for Nikki be enough to stop Luis from entering a dark and violent world and permanently living on the edge? 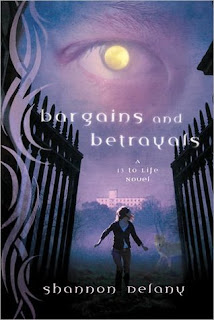 Locked away at Pecan Place, Jessie finds her situation to be even more dangerous than she feared. While she struggles to maintain her sanity and discover answers about the group that seems less and less like any legitimate government agency, Pietr fights to keep their relationship alive. But very aware that his mother’s time is running out, Pietr makes a deal he doesn’t dare tell Jessie about. Because the deal Pietr’s made could mean the death of far more than his tenuous relationship with the girl he loves. 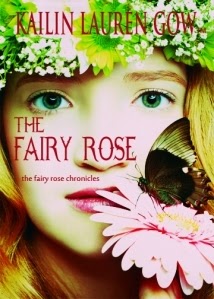 The Fairy Rose (The Fairy Rose Chronicles #1) by Kailin Gow
Welcome to the world of Rose, a fairy girl who lives in an enchanted cottage in Feyland, the land of fairies and magical creatures. Although Rose is the youngest of her siblings, on her 12th birthday, she gets a surprise visit from a royal messenger which will change her life forever.

The Fairy Fair (The Fairy Rose Chronicles #2) by Kailin Gow 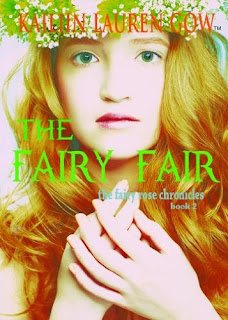 The End of Summer Fair is coming, and Rose must help her best friend Emily out at the fair as one of the performers. Her best friend Emily is playing the role of a human girl in a human play, and Rose thinks it would be easy to play a human. Little does she know, playing human for a fairy is harder than she thinks…
The second book and a stand alone book in the Fairy Rose Chronicles. Other books include: The Fairy Rose, Pixies vs. Fairies, The Fairy Alchemist, The Fairy Test, and Fairy Dreams. The Fairy Rose Chronicles were first written and published in 2003, and is now being made available as an ebook on Amazon Kindle.
Features the world of Feyland and characters that will appear in the FROST Series by Kailin Gow.

Pixies vs. Fairies (The Fairy Rose 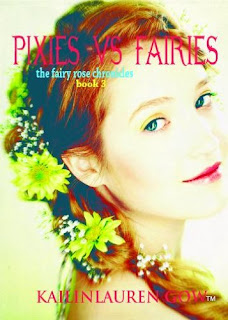 As part of Rose’s training as a Summer Fairy, she must learn the difference between pixies versus fairies in order to save her life. Pixies and fairies have always been sworn enemies, yet pixies can glamour themselves to look like fairies. Before she can formally learn about pixies, she meets one, and he is not at all like she thought he would be… 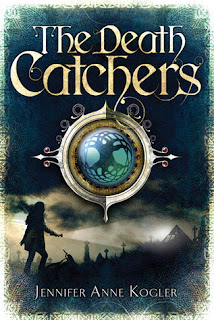 On her fourteenth Halloween, Lizzy Mortimer sees her first death-specter.
Confused at first, Lizzy soon learns from her grandmother Bizzy that as Death Catchers, they must prevent fate from taking its course when an unjust death is planned-a mission that has been passed down from their ancestor, Morgan le Fay. Only, Lizzy doesn’t expect one of her first cases to land her in the middle of a feud older than time between Morgan le Fay and her sister Vivienne le Mort. Vivienne hopes to hasten the end of the world by preventing Lizzy from saving King Arthur’s last descendant-humanity’s greatest hope for survival. It’s up to Lizzy, as Morgan’s earthly advocate, to outwit fate before it’s too late.

With its unique spin on Arthurian legend, this fresh, smartly written story will stand out in the paranormal genre. 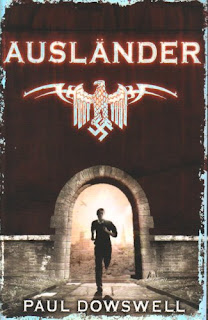 A chilling and thought-provoking thriller about a Polish orphan’s subversion of Nazi ideals.

When Peter’s parents are killed, he is sent to an orphanage in Warsaw, Poland. But Peter is Volksdeutscher-of German blood. With his blond hair and blue eyes, he looks just like the boy on the Hitler Youth poster. The Nazis decide he is racially valuable. Indeed, a prominent German family is pleased to adopt such a fine Aryan specimen into their household. But despite his new “family,” Peter feels like a foreigner-an ausländer-and he is forming his own ideas about what he sees and what he’s told. He doesn’t want to be a Nazi. So he takes a risk-the most dangerous one he could possibly choose in 1942 Berlin. . . .


Paul Dowswell weaves meticulous research into a thrilling narrative, exposing a different angle of the horrors of Nazi Germany. 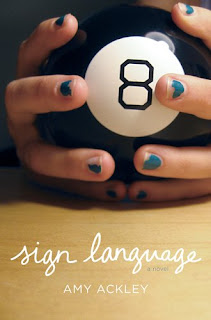 Twelve-year-old Abby North’s first hint that something is really wrong with her dad is how long it’s taking him to recover from what she thought was routine surgery. Soon, the thing she calls “It” has a real name: cancer. Before, her biggest concerns were her annoying brother, the crush unaware of her existence, and her changing feelings for her best friend, Spence, the boy across the street. Now, her mother cries in the shower, her father is exhausted, and nothing is normal anymore. Amy Ackley’s impressive debut is wrenching, heartbreaking, and utterly true. 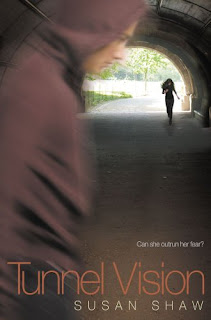 On her way home one evening, Liza has to force her way through a group of men in a train underpass. She doesn’t think anything of it, but when her mom is shot dead moments later, Liza’s world turns upside down. Even worse, Liza was really the target. Only hours after her mother’s death, Liza is nearly killed again and she and her dad are placed in the witness protection program. Leaving everything she’s ever known behind, Liza and her dad pick up and move, never staying in one place for long. It’s too big of a risk—and Liza’s worst fear is realized when she gets recognized. The would-be killer is still on their trail, so all Liza ad her dad can do is keep running. Unsure whom to trust and where to go, they’re just trying to stay alive.